However, sometimes logos start getting a lot of attention when they reveal more than they should. This is when things start going nuts (pun absolutely intended). Now, there can be a lot of different reasons behind how these logos got the green light. Maybe that was a logo designer being passive aggressive for not being payed enough or it was an elaborate marketing ploy to get free publicity by turning your company into a meme. This is a whole another discussion for a separate blog post. So coming back to the topic, below are some of the instances when a company got more than it bargained for:

This satellite seems very excited and isn’t really afraid to show it. That is the logo for a small Polish network installation company. I did a quick google search and to my surprise, they are still using this logo. You can view this logo in all it’s glory on Mont-Sat’s website: http://www.mont-sat.pl/

You might have already seen this logo and laughed at how the designer missed the mark completely with this one. Well get ready for this fact. This logo was not a mistake at all. Actually far from it. It was made in Italy in the year 1991 by a man called Marco Burns. He painted this logo absolutely everywhere and for obvious reasons it was talked about a lot in the Italian media with publications like GQ, Men’s Health and Cosmopolitan publishing articles about it. Today, A-style is a hugely successful “streetware” clothing brand and displays this logo on all of their products.

This logo was designed for The Institute of Oriental Studies at Federal University of Santa Catarina in Brazil. They proudly displayed their brand new identity of a sun setting behind the pagoda but unfortunately they were unaware that this looked anything but a sun setting behind a pagoda. Hastily, they removed the image but it was already too late. The logo made it’s way to reddit and from there it spread like wildfire and became an instant hit.

Arlington Pediatric Center is a Virginia based pediatric center. They are considered one of the finest not-for-profit pediatric center in Virginia. However, their logo made people question what kind of services do they actually provide to their patients. They have since updated their logo to a more family friendly design.

Kostelecké Uzeniny is one of the biggest meat processing company in Czech Republic. Their logo ..umm well.. looks like a man enjoying the sausage a little too much. The design shot to prominence globally when Business Insider featured it in it’s list of top 15 worst logo designs. This was apparently not taken lightly by the Czech based company.

“Young people need to get their minds out of gutter”

They said they had the same logo since 1919 and it was rooted in their tradition. Now just because some young people had their mind in a gutter didn’t mean they will change their logo (I’m paraphrasing this of-course). Interestingly, the Czech website where that interview was published conducted a poll to determine whether this logo looked like oral sex and the results were really unexpected. A whooping 88% of the responders said it did not evoke the idea of oral sex. This, however, reinforces the company’s perspective of how this logo represents a rich tradition that people of Czech Republic truly respond to.

There we have a rather high profile logo fail. Liberalerna is a major political party in Sweden. When the party leader unveiled new logo on twitter in 2016, people were quick to point out that the logo in fact looked like a penis. The party, however, was unfazed by all of this online ridicule and decided to stick with the logo. In an interview to a Swedish news paper, party leader said

“If people laugh, we get attention, and that’s good”.

Well I guess in this day and age, there is no such thing as bad publicity. Am I right?

This gem of a logo was created in 2008 for a UK government organisation that used to keep a grip on government’s spendings. When rotated 90 degrees it looked as if the organisation kept a grip but not really on government spendings. The logo is not currently in use as the office closed it’s doors in 2011 (not because of the logo though).

Well let’s just say this logo does not look very appetising unless you are in that sort of fetish (no judgement).

“No one knows the origin of this logo”

The logo has been in used for well over a decade and no one has any idea where it came from. No graphic designer or marketing firm ever came forward to claim the credit of this design which actually kind of makes sense. Regardless of the very unhygienic look of the logo, you can still find this sign in use in the shops of VMSMA’s member sugar makers.

This Japanese pharmacy just wanted a memorable logo which it got (maybe not in the way they wanted). I haven’t been able to find a lot of information regarding the company which suggests it may probably be just a small time pharmacy that found itself in the middle of internet fame.

I saved the best one for the end. Unlike other logos in this list, people were divided in their opinion about what this logo reminded them of.

The most popular interpretation was that it looked like Lisa Simpson giving head. However, this wasn’t the only controversy it faced. Some people saw swastika in the logo. While Iran threatened to boycott the olympics as they thought it spelled “Zion”.  Despite spending a massive £400,000 on the design, the logo was an absolute, unmitigated FAIL. 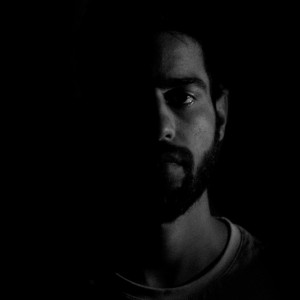